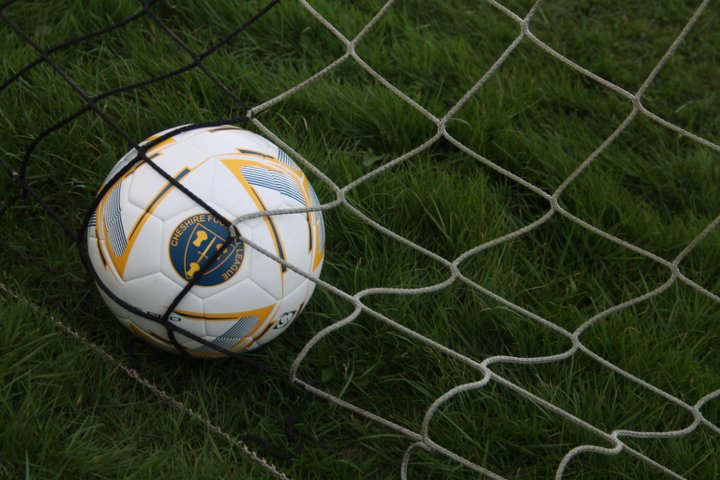 Title hopefuls all drop points as Whaley continue to extend their lead!

The gap at the top extended as Whaley Bridge got the better of Eagle Sports. The league leaders won by two goals to nil at Thornton Road. Goals from Jack Kelly and Sam Leadbitter gave the away side the victory in a tight game in Warrington.

Wythenshawe Town move up to second once again as they drew 2-2 at The Heath with fellow title challengers, Linotype Cheadle. The Manchester locals took the lead and quickly followed up with a second, both goals coming through Douglas Carroll. But they couldn’t keep the strong form as Jonathan Rand and Ashley Harrison brought the home side level. By the time full-time came along, both sides shared the spoils, moving Town up to second, 13 points behind Whaley Bridge.

Knutsford dropped to third with a 3-0 loss at home to Crewe. Goals from Nathan Southern, JJ Bailey and Curtis Lewis gave the visitors the win.

Denton Town jumped up two places to fourth as they defeated Altrincham Reserves (who were in fourth at the start of play) by two goals to nil. Vinnie Braine and Josh Stevenson picked up goals for the Tameside club.

Rudheath Social put a dent in Poynton’s title contention as they held their visitors to a 1-1 draw. Paul Garvey got the goal for Poynton.

AFC Macclesfield moved themselves level on points with Pilkington in third as they defeated Lostock Gralam at Stockport Sports Club. Nathan Jackson, Jay Burgess and Tom Bowey with the goals for the home side.
Egerton came back from three goals down at halftime to win 4-3 at home against Halebank. An Andy Brown brace, plus goals Dan Pringle and Sean Nolan meant that Egerton came out on top in Knutsford.

FC St Helens avenged their loss to Grappenhall Sports in March by defeating Grappenhall by two goals to one. St Helens’ win came via goals from Liam Houghton and Will Threlkeld, moving them to level on points with Lostock Gralam.

Mersey Valley defeated Tarpoley Vics at the ‘Flacca’ as they move ahead of Lostock Gralam and into sixth, surpassing 40 points. Another side that was joint bottom of the table was Cheadle Town Reserves, but they defeated West Didsbury and Chorlton Reserves by three goals to nil at the Recreation Ground.

Orford beat title challengers Broadheath Central by two goals to one away from home. Goals from Stefan Bell and Aron Smith gave Orford the win as they move up to eighth, ahead of Maine Road Reserves.

Ford Motors dropped points in their chase for the title as they fell victim to a loss at home to a Cuddington side languishing towards the foot of the table.

League leaders, Knutsford ‘A’ top the Reserve Divisions this weekend, this is despite losing 1-0 away at Garswood United Reserves. The result brings the top four even closer together as Knutsford drop points.
Linotype Cheadle also did well this weekend, beating Styal by four goals to two to stay in second.

Mersey Valley could have won the league title this week, however Golborne Sports put a stop to that by putting six past the Ashton-on-Mersey natives. The game saw goals from Crossland, Taffe,