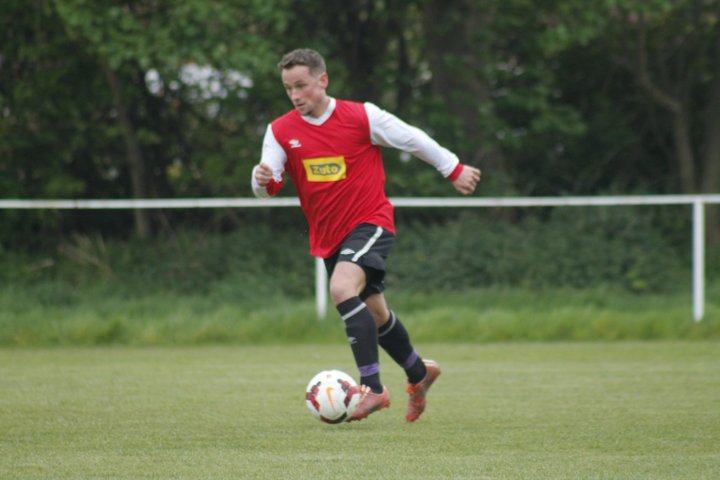 The Premier Division was back in action this week with some great fixtures and goals up and down the table. A top of the table match between Knutsford FC and Whaley Bridge Athletic surprisingly ended with only one winner, as Whaley Bridge ran away as 5-1 winners. Knutsford still stay top after the result. Ashton Town played an eventful five-goal, end to end nail-biter and were able to grab all three points, leaving Poynton FC with nothing to show for a decent performance. Linotype Cheadle move above Poynton into the tenth spot after battling to a 1-0 victory over visitors Altrincham Reserves, who now sit third from bottom. Malpas FC also end their week on a high after beating Rylands FC 2-0, keeping Malpas in fourth and Rylands in the twelfth spot. The only other league action was between Wythenshawe Town and Crewe FC, that match ended in a rather uneventful scoreless draw.

Pilkington were able to stay top of the table with their comfortable 3-0 win over Styal FC, And they were given a boost when second placed Daten FC and third placed Egerton were only able to grab a 0-0 draw. The fight at the bottom is starting to heat up as Garswood United and Golborne Sports cancelled each other out as they drew 1-1. Mersey Valley fans were treated to a barely believable nine-goal thriller when they visited Windle Labour and came away with a 5-4 victory and all three points. In the JA Walton Challenge Cup, it was Halebank who were triumphant over Middlewich Town, it was Daniel Whalley, Connor Speed and Kevin Dunning who’s goals helped Halebank over the line on the day, and into the next round.

A very eventful week in League Two featured league matches with cup action on the side. Starting with the league side of proceedings, the struggling Orford FC pulled off an impressive 3-0 win over ninth placed Tarporley Victoria. Right at the bottom of the league, St. Helens Town Reserves are still struggling to get points on the board, as they again weren't able to get anything out of 1-0 defeat as they visited fourth place Vulcan FC. The last of the league action was played out between Sandbach United Reserves and visiting Unicorn Athletic JFC. The away side were able to come away with a smash and grab style 2-1 victory.

There was plenty of cup action for League Two teams and ADFA Senior Cup Semi Final was relatively one sided as Broadheath Central ran out 4-1 winners over Knutsford and booked their place in the final. In the Northern Cup 2nd Round it was also one way traffic. Rainford North End stormed past the Winstanley Warriors 5-2. In the Warrington Guardian Cup 4th Round, it was Runcorn Albion who out were able to sneak into the next round after beating Moore UNited in a hard fought 2-1 scrap.

Much like in the League Two, the reserve division was full of goals in league matches, and also featured some Cup action as well. Greenalls Padgate St. Oswalds were unchallenged as they were allowed to put six goals past second bottom Golborne Sports Reserves and came away 6-2 winners. Billinge also managed to sweep aside Orford Reserves 5-1, who now sit right at the foot of the standings. Pilkington and Poynton both got forward, but it was Pilkington who got to return home with the win, while St. Helens Town Reserves played very well and full deserved their 3-0 victory over Middlewich Town Reserves. Garswood continue their steady climb up the standings as they beat Denton Town Reserves 4-1. Styal climb into the top eight with their result against visitors Linotype Cheadle Reserves.

The rest of the teams played in various cup fixtures. Starting with the Northern Cup 3rd Round between Rishton United and Eagle Sports Reserves. Rishton, the home side, were able to just hold out for the final whistle keeping their 2-1 lead ensuring their spot in the next round. Top League side Rylands Reserves spent their weekend focusing on the Northern Cup as well. Goals from Przemek Staniszewski, Brad Parker, and Dayle Curran gave Rylands all they needed to slide past challengers North Walkden.