"My Love Of Non-League Football" 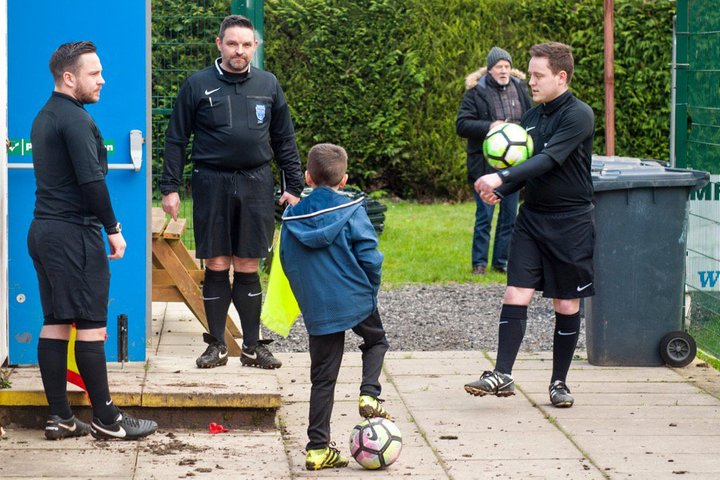 IN THE BEGINNING
I’ve been watching Non-League football on a regular basis since I was 10 years old. What I like most is that the players, club officials and supporters are there for the love of the game. The true spirit of football exists at Non-League level.

I grew up in North-West London and I was taken by my family to see my local club QPR as a child in the 1970’s.

I’ve always supported the R’s as my Football League team, but when they were playing away from home I started going to see my local Non-League clubs – Hendon primarily, but also Finchley, Barnet and Edgware Town.

GROUNDHOPPER
From there, I decided to visit every Non-League club in London as my groundhopping bug began. By the time I was 17, I had visited all 92 Football League grounds and I visited all the Scottish League grounds whilst still a teenager.

Since then, I’ve continued travelling all around the country to visit Non-League clubs. Last season, I chalked up my 2,000th ground at FC United of Manchester.

WORLD RECORD
One of the best groundhops was being part of a world record in March 2004. I joined 250 other groundhoppers to watch five matches at five different football grounds in one day in the Central Midlands League.

This is listed in the Guinness Book of Records and we received certificates confirming the world record at the end of the fifth game.

INSIDE PRISON!
In December 2011, I set about watching a match inside Feltham Prison in Middlesex.

This featured a team called Phoenix FC, who had to play all their fixtures at home (for obvious reasons!) as inmates of the Young Offender Institution at Feltham.

I received special permission by email to attend a fixture, but I was told not to bring a phone or a camera with me. I was instructed to arrive in the main car park along with the match referee and the visiting players from Hanworth Villa Vets.

We were met by members of the prison staff who escorted us all in together…via an airport-style metal detector, a body search, numerous locked gates and along a path to the changing rooms.

This process took 45 minutes. After the players and ref got changed, we were then accompanied through more locked gates out to the playing area.

A high mesh fence with barbed wire on top surrounded the football pitch. There were dug-outs along one touchline and I watched the match from there as the only spectator.

THE FUTURE
I have now been to 2,173 football grounds and have completed visits to the all the grounds in the top 16 divisions of English football down to Non-League step 4. Then at Step 5 I need 19 grounds and another 59 at Step 6.

There are endless possibilities at step 7 and below, where I’ve already visited many grounds. Also, I’ve been to 35 European countries plus the USA for football – so it would be nice to visit more countries.

 NEWS | New CFL Website Who's Excited?
Garswood United seek new manager!  Have you got what it takes??