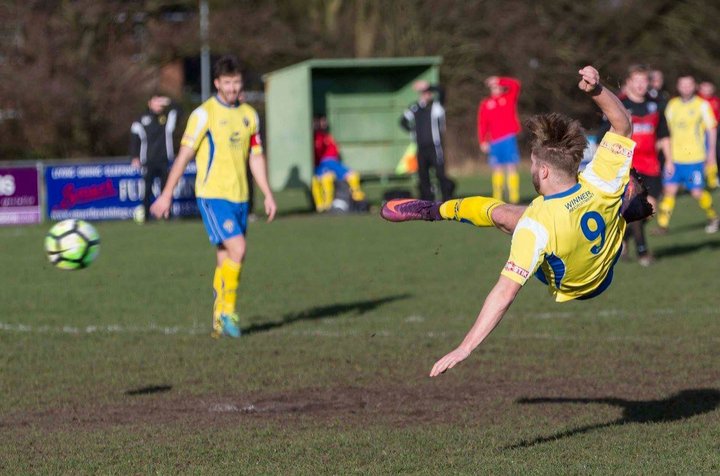 Wythenshawe Town jump up to second in the Premier Division following their 4-0 thrashing of Rylands in Warrington. The Manchester locals were impressive, putting all four goals into the net in the second half.

A Douglas Carroll hat-trick, plus a single goal from substitute Cyril Owolabi, gave Town all three points as they overtake Knutsford and move into second, five points behind league leaders, Whaley Bridge.

Title chasing Pilkington defeated second bottom side, Grappenhall Sports, in Division One as they won by three goals to one. As a result of their victory, Pilkington move to second, just a win behind leading side Warrington.

Warrington played a game this weekend, but it wasn’t in the league, as they took part in the JA Walton Challenge Cup as they took on FC St Helens at the DriversDirect Stadium. A semi-final game between the two sides to determine which team would be joining Cheadle Town Reserves in the final.

It was St Helens who took the lead as Lee Deakin put them ahead in the first half. Town replied with a goal of their own to equalise through Speed. The Yellows then went on to take the lead through John Edge, a goal that was enough to see them through to the final, which will take place in late April.

In the Reserves Divisions, St Helens’ reserve side also had a game this week as they travelled to Baguley to take on Wythenshawe Town Development Squad. A 1-1 draw was all the two sides could muster as the league leaders were unable to make the most of the other league games getting postponed due to the stormy weather as of late.

There were two CFL-representative fixtures in district cup this weekend too, as AFC Macclesfield took on Poynton in the Stockport District FA Senior Cup. And, to the surprise of a number of people, it was the League One side who came out victorious. It was goalless after 90 minutes, but Macc were able to take lead in the first period of extra-time at Stockport Sports Village.

The other district cup game saw Middlewich Town take on Cuddington in the Mid Cheshire District Cup. The Witches came out with the victory, as they put two goals past Cuddington to move into the final.