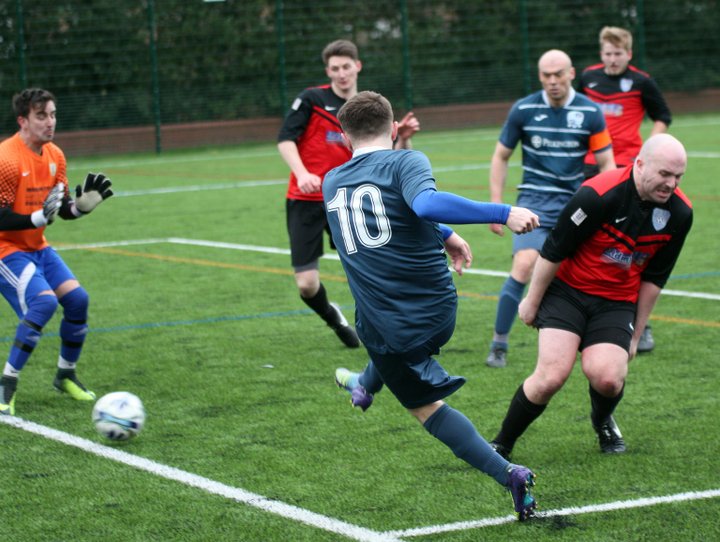 Another heavy defeat for Golborne in Gtr Manchester

Wythenshawe Town took on Rudheath Social in the only surviving Premier Division game at Ericstan Park. The home side were looking to move up to second with a victory in this fixture, while Rudheath’s goal was simple, to move away from the dreaded relegation battle.

Surprisingly, it was the visitors who took the lead, a Michael Evans goal making it 0-1. Town then responded to bring the scores level. And that’s how this one finished, 1-1, meaning Wythenshawe leapfrog Knutsford and move into second.

Leaders, Warrington Town Reserves hosted Grappenhall Sports in the Cantilever Bridge derby. The Yellows came into the game just a point clear of Billinge in second whilst Grappenhall had moved themselves off the bottom in recent weeks, as they started the weekend in 14th.

Goals from Joe Coombs, John Edge, Connor Speed and Euan Woods gave Warrington a 4-0 victory over their local rivals, moving them to 55 points, four clear of Billinge and six clear of Pilkington.

In Manchester, West Didsbury and Chorlton Reserves hosted Golborne Sports. The visitors came into the game on the back of a disappointing 8-3 loss away at another NWCFL reserve side, Cheadle Town, the previous week. And things didn’t improve for Sports this week either as they succumbed to a 5-3 defeat at the hands of West. Goals from Anton-Bates, Igenoza, Hanbury and Gomes (2) gave the home side the win.

Deva Christleton move up to second in Division Two with their 3-0 victory over fellow title challengers, Broadheath Central. Unfortunately, there are no statistics on Full-Time FA as to goalscorers.

In Division One of the Reserves Divisions, Greenalls PSO defeated Daten by three goals to two. Goals from Liam Bell and Jack Challiner weren’t enough for Daten to take anything from the game – the result move Greenalls to joint top, behind Linotype Cheadle on goal difference.

AFC Macclesfield move closer to the leaders as they defeated Wythenshawe Town. Macclesfield not sit on 27 points following the game at Stockport Sports Village.