"The Glass Doesn't Appear To Be Shattering For Pilkington" 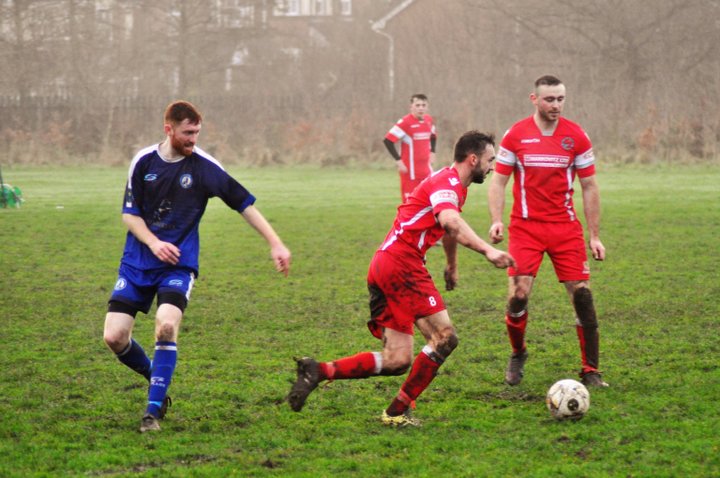 Premier Division:
A weekend full of goals in the Premier Division saw Knutsford FC tightened their hold on the top spot to six points after beating 7 th place Ashton Town 3-0 at home.
Knutsford’s Ollie Jones bagged two goals to help the league leaders to all three points.
Congleton VR smashed seven goals past bottom club Denton Town as the visitors are starting to get cut adrift at the foot of the table. Greenalls Padgate St. Oswalds visited Crewe for an eventful 3-3 thriller. Crewe FC’s Nathan Southern took the match ball home after his hat-trick on the day. Rylands and Linotype-Cheadle H.N also played out an exciting match as Linotype was able to go home with a 4-2 win and all three points, moving up to 11 th place in the table. Elsewhere, Billinge Firsts scraped past a struggling Altrincham Reserves side 1-0 thanks to a Gary Kenny strike.

League 1:
Much like the Premier Division, League 1 also featured plenty of goals this weekend. 3rd place Egerton FC ruined the weekend for Garswood Utd fans by flattening them by a resounding 5-1 score line in Garswood. AFC Macclesfield closed the gap on the places above them with an important 2-1 victory at Middlewich Town thanks to goals from Rubin Kennedy and James Manson. Meanwhile, 7 th place Styal FC played Daten FC to an exciting three all draw, a good result for mid-table Styal against a Daten side who have been in good form in recent weeks. A battle in the middle of the table between Halebank and Mersey Valley saw Halebank escape with all three points which moved them into 10 th place. Pilkington FC still top the table by three points, while Cheadle Town Reserves sit rock bottom on seven points.

League 2:
Although Ford Motors have been in great form all season, they were stopped in their tracks by 3 rd place Unicorn Athletic in a 3-2 thriller. St Helens Town Reserves prop up the rest of the table with only five points in the league so far, and it only got worse for them as Vulcan FC, who sit 4th , came to town and walked away with all three points after a 2-1 victory. Also in the relegation fight, Orford FC are trying to kick start their climb up the table as they barely get passed Maine Road Reserves in another goal fest which ended 3-4. 7th place Grappenhall Sports was able to take all three points from
Cuddington FC by the exact same score line as they solidify their position in the Centre of the table. Just below Grappenhall, sit Blacon Youth, they were able to fight off 11th place Sandbach Utd Reserves and grab all three points in front of their home fans, that game finished 3-2.

Reserve Division:
A relatively uneventful weekend in the Reserve Division as seven of the nine scheduled matches were postponed. It didn’t stop Rylands Reserves from continuing to dominate the division by beating Vulcan Reserves 3-2. The only other match that went
ahead was between Pilkington Reserves and Golborne Sports Reserves. Golborne continued their struggle as they were beaten 4-0 at home by 5 th place Pilkington.

 Applications for Next Season! Get in before it's too late!