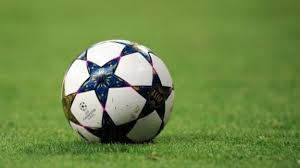 The holders travelled to St Helens on Saturday hoping for a repeat of their victory in last year’s final but, despite taking the lead through Jason Broome, the four-time champions were eliminated from the competition that they have made their own in the latter part of the decade.

Goals from Will Meredith and Ryan McCabe were enough to secure the home side’s place in the quarter final.

The day’s only Premier Division fixture was an entertaining eight-goal affair between Middlewich and Eagle Sports in which the visitors ran out 6-2 winners.

For fear of it being forgotten in the excitement that followed, I must now take the opportunity to mention Oliver McDonough’s opener after five minutes.

Three of Middlewich’s other five were scored by Steven Hughes, his third hat-trick of the campaign.

The in-form striker now has 17 goals for the season and sits leads the way on goals in the division ahead of Crewe’s Nathan Southern on 16.

The game also saw two red cards for the visitors; Lee Boardman picked up a pair of yellow cards while Nick Chambers was given a straight red. It truly was an afternoon to forget for Eagle and manager Richard Chinn watched on helplessly as his side put through their own net twice.

There was some scant consolation for Eagle in the form of goals from Ed Burthem and Craig Bishop.

Middlewich’s convincing win sends them above Eagle who have five games in hand over their conquerers.

League One was completely void of domestic action this weekend but it would be remiss of me not to mention Vulcan’s 4-0 JA Walton Challenge Cup victory over Malpas. A brace from Jack Hatton plus strikes from Matt Smith and Ben Crowe sealed Vulcan’s place in the next round.

There were a couple of games in League Two this weekend as Knowsley South returned to winning ways after two straight defeats with a 3-0 win at Holmes Chapel Hurricanes. Knowsley move up to second but are ten points adrift of first-placed Winnington Avenue.

Elsewhere Newton Athletic and St Helens Reserves shared four goals and the points. They sit fourth and fifth respectively, both on 16 points but with Newton having played six games fewer.

Congy and Windle go top and Winnington win, naturally.  Rainbow laces all around the League